What if we were to tell you there was a ghost sitting next you right now as we speak, staring you down while you read your novel on the couch, binge-watching the latest Netflix series, or reading this list right beside you? Or maybe glaring you down while you’re in the cinema watching whatever the latest Marvel movie out is or rummaging around in the passenger seat of your car right next to you. The thought of this just gives us the chills. Ghosts of any sort can be somewhat scary or frightening. Sometimes, you may feel as if there’s a strange sensation that is making your hair stand on end, other times, you may just be completely oblivious to the spirit world that is all around you.

There are many social media platforms out there like Reddit, where people have the ability to relate their unexplained, ghostly, and supernatural experiences with one another and make more sense of them together. Almost every single one of these stories we’ve read about happens to be quite chilling.. And Reddit amongst other social media platforms seem to be some of the best places share these horrific experiences and be heard.

We have compiled a list for you of 10 locations around the world where the dead roam at night. Each a little more frightening than the next in our opinion. Let us know what you think and which one of these stories you find most terrifying! 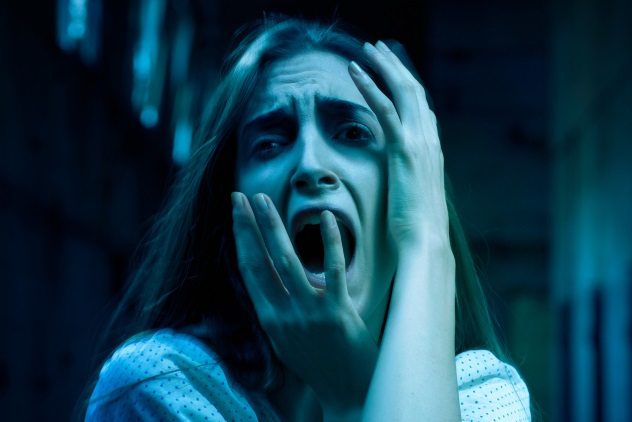 Australia is very well-known for having spooky legends of all kinds. One of these terrifying legends includes the phantom girl who is known for haunting the Wakehurst Parkway which is located on the northern beaches of Sydney. Another legend, which is even creepier is the tale of the girl that haunts the Macquarie Fields train station.

Once the last trains have left for the night and the station has gotten quiet, faint cries can often be heard. It eventually turns into moans and continues to get louder. This is the time that the ghost of a teenage girl can be seen.

It is said that she will be wearing dancing clothes and on her chest there is a bloody stain. As she floats around the station she groans louder and louder. Other times, she just cries loudly and sits in the middle of the station. Sometimes, the faint crying she does turns into horrible screams.

The legend has it that in 1906 this young woman was hit by a train and ever since then she has been haunting it.

Mind Health Fortune - August 17, 2017
0
Celebrities
There's been a lot said about celebrities such as Lindsay Lohan, Justin Bieber, Paris Hilton, and others getting away with crimes such as shoplifting, driving under the influence, vandalism, and even assault and only receiving very lenient sentences. It's super obvious that the average...
Read more